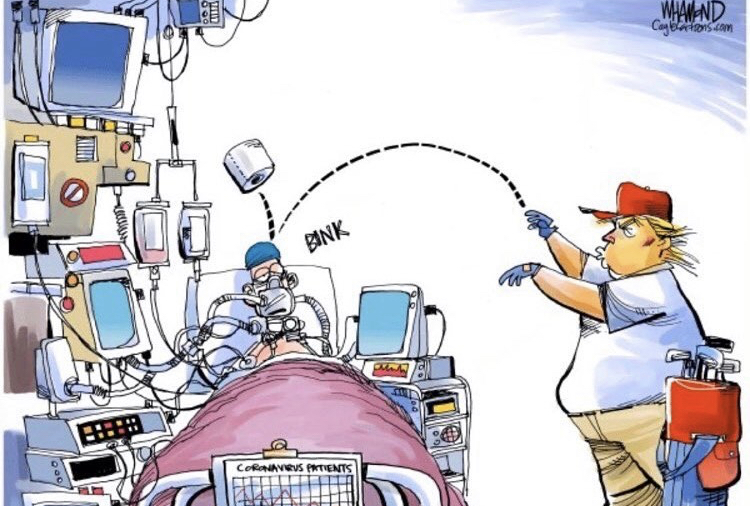 I’ve made lots of bad predictions in my life. Unfortunately, I’ve made some good predictions, like those below which were written in 2015 and 2016.

December 10, 2015 I have little tolerance for psychological explanations of Trump and his followers. By providing labels for their pathologies, we are lulled into a false sense of security because we believe that understanding is the first step to overcoming. This is true in only the narrowest sense. Trump and his ilk are not the problem. They are the boils that have come to the surface. Underlying them is a sickness that has spread throughout this country. Eliminating Trump will not eliminate that sickness. The only way to do it is to have the equivalent of the Occupy Movement on an ongoing basis. We need to change the vocabulary of daily discourse. We need to shake up, shake down, rethink, and rebuild the institutions of this country. It took one hundred years of labor struggles to get to the New Deal. It took one hundred years to finally gain the civil rights that were embodied in the 13th, 14th, and 15th amendments. However, over the past forty years, the Republicans have undone most of that progress.

So while we may take pleasure in posting funny pictures of Trump, we should never forget that Trump is only the most visible symptom of a very serious political and cultural illness. The work of putting this country on the right path does not end with the defeat of Trump. It will take a generation or more to regain what was lost, and you can be sure that the Republicans and their corporate benefactors are not going to simply rollover and play dead. They will fight back, just like they did in the past.

“You don’t like them FINE!!! But to want them DEAD… SERIOUSLY! This is a THREAT you Are making!!! Jeff, totally not cool!!!”

I felt that these two comments exemplify some of the reaction to my very recent tirade and implied threats, and that therefore my “outburst” requires explanation. So, here’s the explanation.

I reacted as any rational being would react in the face of evil. I blew up. Yes. That’s the rational choice when the voice of white supremacy has assumed the most powerful position in the world. Those who voted for him have said, in effect, “I’m okay with putting a target on your back.” (FYI. I’m not white. I’m a Jew.) But it went much further than saying, “I’m voting for the guy who will take away your daughter’s health insurance.” Voting for Trump means you’re okay with a putting a target on the backs of millions of your fellow Americans. It means you’re okay with the police storming through homes and hunting for “illegals.” It means you’re okay with privatized prisons, armed vigilantes, and again removing financial regulations — we saw how well that worked out. And it also means you’re okay with telling the whole planet, “Fuck you and your climate change bullshit.” Well, I’m not okay with any of this. And when 59 million people say “Fuck you,” I turn to them and say, “Fuck you too.” And I’m sorry if this is offensive, if this makes you rethink our friendship, but perhaps you should have given more thought to the candidate you supported. Perhaps you should have taken the man at his word. When he pointed to someone in the crowd and said that there was a time when you’d take that guy outside and beat him up, you may have cringed, or you may have laughed it off. But you won’t be laughing when you and your loved ones become the next target.

November 12, 2016 I finally get it. Not just intellectually, but deep down. It churns away. I find it hard to concentrate. I log out of Facebook and then minutes later I’m back. I can’t listen to music. I can’t listen to podcasts. I can’t read the newspaper. I want to throw up when I see smiling faces on the television. I’m sickened by it all. There was a time when I understood the pain of Bigger Thomas, but now I feel it. I feel James Baldwin’s anger at an America he loved and which refused to love him back. I feel what it is like to see another human being, to appeal to their humanity, and yet know that evil lurks deep within.

December 20, 2016 These are sad times. No effing way do I feel any sort of holiday cheer. Nothing. I’m dead inside. Sixty million human beings have shown that they cannot be trusted with life-or-death decisions. They will gladly choose your death — literally or metaphorically — if they think it will make their narrow, shriveled lives feel better.