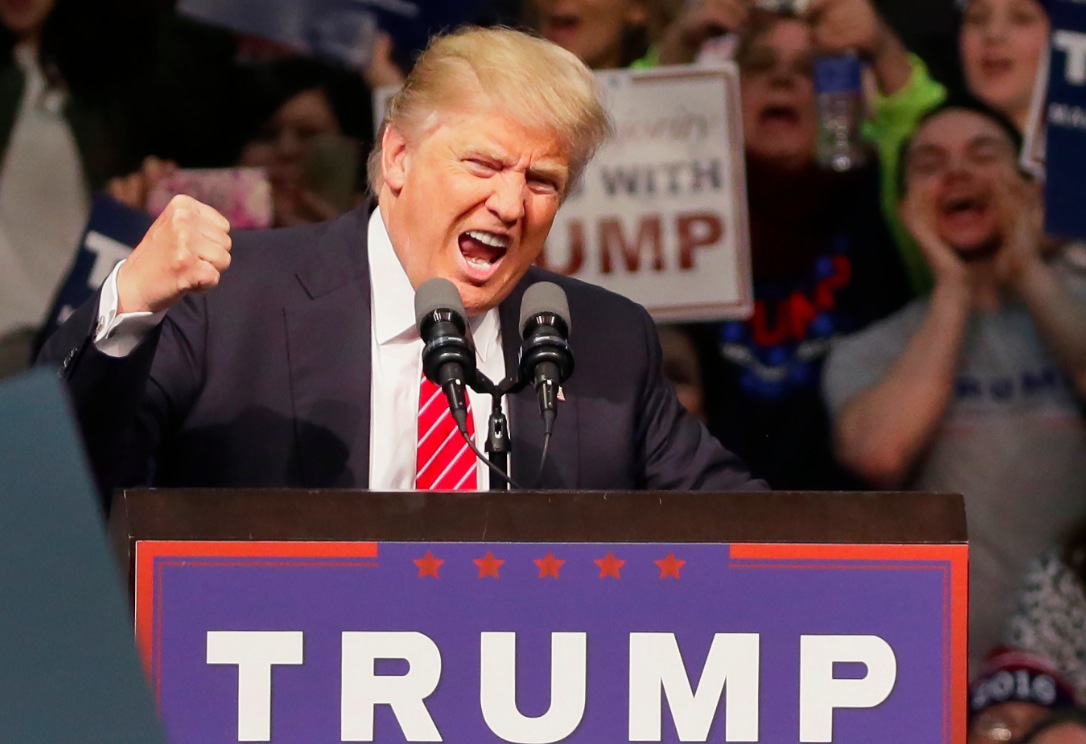 Brace Yourselves. Fascism Is On The Way

…the habit of civilization is fragile; a sudden change in circumstances, and humanity reverts to its primal savagery – Czeslaw Milosz, The Captive Mind

Fascism is coming to America. It won’t be as easily identifiable as Hitler’s or Mussolini’s version, nor will there be designated killing centers, but it will be fascism with an American twist. Fascism is not new in America, but it was always localized. It existed in particular regions, particular states, and particular counties, over the course of our history. This sounds outrageous, but it shouldn’t be.

If fascism is characterized by anti-intellectualism, glorification of death, simplified explanations of the past to justify immoral actions in the present, and separation of people into ‘us’ and ’them,’ then we’ve certainly lived through elements of fascism. With Trump, whose presidency has awoken the previously dormant elements of hate, we’re seeing the growth, on a national level, of a more comprehensive form of fascism.

In the examples below, I make reference to the Nazi era. This is not because it is a direct analogy, but because it had fascistic elements and, because of my readings, it is a time period I’m most familiar with.

Dissolution of DACA: In Nazified Europe, the Jews became vulnerable to expulsion and, eventually genocide, because of their loss of legal status. Without a government to protect them, they were vulnerable to anyone and anything. Currently, at least one million people in the United States have lost, or will lose, the protection of the government. That includes 800,000 DREAMERs, 200,000 El Salvadorans, and 50,000 Haitians.

Identification and Deportation: Over time, the Nazis perfected techniques for identifying those who were declared to be enemies and undersirables. They did not do this alone. In numerous cases, it required the help of the local citizenry in Poland, Lithuania, Hungary, and so on, to point out who was the enemy. Currently, Immigration and Customs Enforcement (ICE) is testing and perfecting various techniques of identification, abduction, and deportation that can be used against the selected “enemy.” It already has transit and deportation camps. Though it claims to only deport the worst of the worst, there have been too many stories about doctors, teachers, students, businessmen, and other productive members of society being deported, even though many have been in this country for decades.

Ideology and the State: Nazi ideology had been in existence for well over a decade before Hitler took power in January 1933. Yet it did not become the dominant ideology until it was married to the power of the state. Currently we are seeing the convergence of neo-Nazi and white nationalist ideology, with our police force. Some white nationalists have infiltrated a number of police forces around the country. They are now police officers themselves. The effect of infiltration, or at least sympathy to white supremacist causes, was evident during Charlottesville where the police force seemed to remain on the sidelines as white supremacists became violent. A recent court case in California shows a disturbing instance of the police working with and shielding neo-Nazis, as they looked for anti-fascists. In addition, we’ve heard neo-Nazi and white supremacist ideology come out of the mouths of Republican politicians and Republican candidates for office. In an ironic twist, white supremacist ideology comes out of the mouths of Orthodox Jews, minus the anti-Semitism. Just listen to Ben Shapiro.

Metaphor: Human beings understand the world through metaphor, and act in accord with those metaphors. They do not kill human beings. Killing requires stripping human beings of their humanity, making it easier for us to kill them. For the Nazis, the Jews were vermin, quite literally, and in need of extermination.

What do words, metaphors, tell us about the mindset of those who use particular metaphors? What types of discussions were taking place in the White House when Sean Spicer said that Hitler did not gas his own people, as if German Jews were not, somehow, German? What does it tell us when the moral leader of the country sees wife beaters and neo-Nazis as good people? Before anyone is killed they must be classified into a category that justifies it. No one kills human beings. But people do kill gooks, kikes, niggers, and so on.

Morality: Robert Jay Lifton’s, The Nazi Doctors, showed how healing was redefined, making it possible for doctors to believe that euthanizing “undesirables” was a way of healing society. Killing becomes healing. There’s a strange echo of this with the idea of arming teachers. Those who are to love and protect children are also expected to be able to quickly pick out the bad children, the ones with the rifle, and kill them. This seems straightforward, but we’re asking teachers, like the Nazis asked the doctors, to differentiate human beings into those to be saved and those to be killed for the purpose of saving others. What is a teacher to do if there is a threat, not by a rifle, but a child who picks up a chair? Or a child who is physically stronger than the teacher?

Coordination: The Nazis had a process that is translated as “coordination,” though it goes much beyond that. It is the alignment of all aspects of society — from the largest political and religious organizations, to social and recreational groups, to individual behavior and thought — with Nazi ideology. We see the early rumblings of this sort of coordination.

Some religious leaders see Trump as god or, at the least, chosen by God. We see a growing intolerance of opinions that are critical of Trump. We see simple signs of independence or protest, such as taking a knee, or not clapping when Trump speaks, as a slap in the face to the administration, as an affront to the country, as constituting treason. We see people being fired all of the time because they do not conform to Trump’s vision.

The danger with Trump is that, like Hitler, he is beginning to believe his own rhetoric. He believes he is the cause of anything good that happens, and that bad things are always caused by others. He believes he was instrumental in pushing through the Republican tax plan. Now he wants a success on a larger scale. If he succeeds with North Korea, or Syria, however his warped mind may define success, the drug addict will need another fix. He will push for more changes in the country and in the world, for more wins.

Yet this only scratches the surface.

We see the vindictiveness and grand scale thievery of the Trump Crime Syndicate. Every day is more and more madness, yet we engage in magical thinking. We console ourselves with the coming “blue wave,” that all of this will miraculously be reversed in November 2018. We even believe we’ll have elections in November 2018. There is nothing that Trump has done, nothing the Republican Party — his political brownshirts — has done, to lead us to believe that civility, tradition, law, honor, and integrity, will make a reappearance. Everything is crumbling around us and it seems that few Americans understand the danger to our entire way of life. We remain passive, putting our faith in hope and hashtags and a far-off election. If history will not be kind to the Trump Crime Syndicate and the Republican traitors, neither will it be kind to the millions who watched it fall apart, who waited for a miracle that deep down they knew could never occur simply by pulling a lever in a voting booth. If ever there was a time to get out into the streets, to knock on doors and engage in discussions with neighbors, to read voraciously the writings of thinkers, philosophers, economists, and our own history in all its glory and all its ugliness, to become politically active in any way possible, this is it.

Nazi Fun Fact: The Nazis relied on doctors, nurses, and teachers to report on those who should be removed from society. Our Secretary of Education has said that teachers can report undocumented children. Nazi Fun Fact: The Nazis referred to Jews as vermin, not in a metaphorical sense but in a literal sense. Some Jews, like any other group of people, had engaged in some criminal activities. However, the Nazis expanded a few bad apples into ALL Jews are criminals. Eric Trump had stated in 2017 that Democrats aren’t even people. (You can view the video here.)