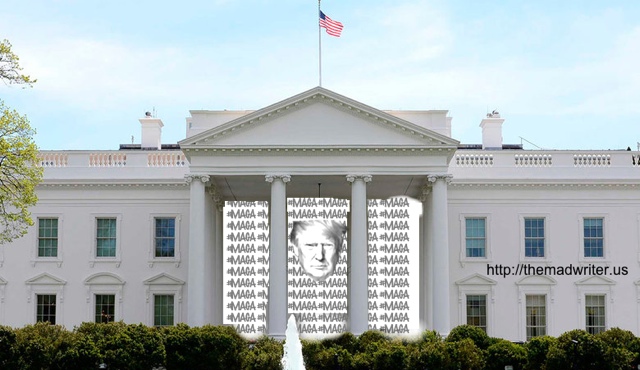 It’s understandable that much of the country is fixated on the presidential race. I’m also hoping that Biden-Harris is the winning ticket and I believe that everyone should vote. However, the vote is mainly symbolic. That doesn’t mean it’s unimportant. Such symbolism indicates the still widespread belief that we are a democracy at heart and that many millions of people believe in the democratic project. Unfortunately, the act of voting will not bring about the fundamental changes and corrections that many are yearning for. The Republicans, and under that umbrella term I include everyone from Christofascists to the Koch Brother(s) to the Boogaloo Boys, have already won. For them, the presidential campaign is a distraction. They have already destroyed our democracy. (See, How Democracies Die) They have packed the courts, including the Supreme Court, with right-wing fanatics. But while all this has been going on, they deployed what I like to call the North Carolina Plan.

In 2016, the outgoing Republican governor and state legislature in North Carolina had quickly passed laws to hobble the incoming Democratic governor. “…North Carolina’s Republican-controlled legislature on Friday approved a sweeping package of restrictions on the power of the governor’s office in advance of the swearing in of the Democratic governor-elect, Roy Cooper.” (Source: https://www.nytimes.com/2016/12/16/us/pat-mccrory-roy-cooper-north-carolina.html) They essentially stripped him of as much power as possible. Trump is about to do that with the Federal government.

Now keep in mind that Trump is an idiot who does not understand anything about the workings of the government. So someone gave him the idea as to how to hobble the powers of a possible Democratic presidency. On October 21, 2020, he signed an executive order that allows him to essentially destroy the Federal Civil Service. People like Dr. Fauci, and many others like him throughout the Federal government in various departments, are protected from political influence. That is why they last from administration to administration. They are not beholden to a politician. They are beholden to the US Government and the US Constitution. They keep the lights on, so to speak. They also acquire vast amounts of knowledge that can used from one administration to the next. However, as we saw with Lt. Colonel Alexander Vindman, institutional knowledge can be dangerous when the Commander-in-Chief is a malignant narcissist who requires that everyone follow him in lockstep, and never question his authority. In the case of Vindman, it was possible to make his life so miserable that he had little choice but to retire from the military. But what of a Dr. Fauci? His head is on the chopping block, along with those from every department that dared to speak against our Living God Who Is Our President.

Here’s how the Federal Civil Service can be destroyed. I will quote liberally from Andrew Feinberg’s piece that appeared in The Independent.

“Donald Trumpʼs latest executive order could give him the power to mount a scorched-earth campaign which would cripple a future Biden administration.

“In the event the incumbent president loses his re-election bid, this order could give him largely unfettered authority to fire experts like Dr Anthony Fauci while leaving behind a corps of embedded loyalists to undermine his successor, according to federal employment law experts.

“The order, which the White House released late Wednesday evening, would strip civil service protections from a broad swath of career civil servants if it is decided that they are in “confidential, policy-determining, policy-making, or policy-advocating positions” — a description previously reserved for the political appointees who come and go with each change in administration. It does that by creating a new category for such positions that do not turn over from administration to administration and reclassifying them as part of that category. The Office of Personnel Management — essentially the executive branchʼs human resources department — has been charged with implementing the order by publishing a “preliminary” list of positions to be moved into the new category on what could President Donald Trumpʼs last full day in office: January 19, 2021.

“The range of workers who could be stripped of protections and placed in this new category is vast, experts say, and could include most of the non-partisan experts — scientists, doctors, lawyers, economists — whose work to advise and inform policymakers is supposed to be done in a way that is fact-driven and devoid of politics. Trump has repeatedly clashed with such career workers on a variety of settings, ranging from his desire to present the Covid-19 pandemic as largely over, to his attempts to enable his allies to escape punishment for federal crimes, to his quixotic insistence that National Weather Service scientists back up his erroneous claim that the state of Alabama was threatened by a hurricane which was not heading in its direction.

““It’s a two-pronged attack — a Hail Mary pass to enable them to do some burrowing in if they lose the election,” said Walter Shaub, who ran the US Office of Government Ethics during the last four years of the Obama administration and first six months of the Trump administration. “But if they win the election, then anything goes for the destruction of the civil service… [This could] take us back to the spoils system and all the corruption that comes with it.”

So yes, please vote, but please know that that single act will not do anything to rebuild what has been destroyed. Americans will have to (re)learn what democracy means. They must be willing to take bold action to rebuild, and not that nonsensical Build Back Better, but build a democracy that is not a sham, that takes its founding principles seriously. We have decades of work ahead of us. My fear is that we are not up for the challenge. I hope I am wrong though I’m confident I am not.

Not long after the failed impeachment-removal of Hair Furor, I said to a friend that the liberal mainstream media is now talking about authoritarianism and the assault on democracy. I pointed out that, ironically, they are now starting to sound like Jeff Siegel, The Mad Writer, and that when the mainstream echoes the writings of a madman, it means things are much worse than we ever thought possible.