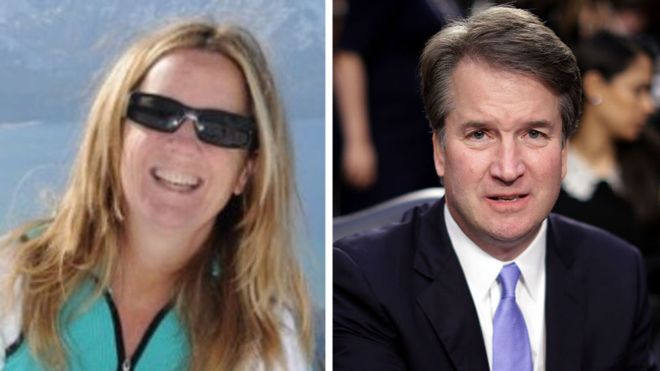 The Second Rape of Dr. Ford

Dr. Ford will get to experience, verbally, what she experienced physically, namely, the feeling that she might accidentally be killed. That feeling can only be described as terror. It is a terror that many rape victims are quite familiar with. It is a terror born out of absolute helplessness, compounded by the knowledge that your fate is totally dependent on the whims of the rapist.

Metaphorically, America is being raped, repeatedly, by these same white Republicans. America is totally dependent on the whims of these political rapists, and as we’ve seen on a daily basis, they have no shame or remorse. When Kavanaugh, or someone worse, is on the Supreme Court, these political rapists will be able to act with absolute impunity. There will be no way to control or contain them. Their desires will grow exponentially.

It is hard to believe that we are watching the collapse of our country. Having blown smoke up our bums for so long, we still believe we’re immune to the ills infecting other countries. However, many European countries have growing elements of fascism. American fascism is a bit behind the curve, but we’re catching up quite fast. We still have Nazis in the White House, and we see there are many fascist-Nazi sympathizers in Congress, bolstered by America’s “Pravda,” aka, Fox News.

The experts say that, at the minimum, the Democrats must regain the House. The real question is, how will we regain democracy?