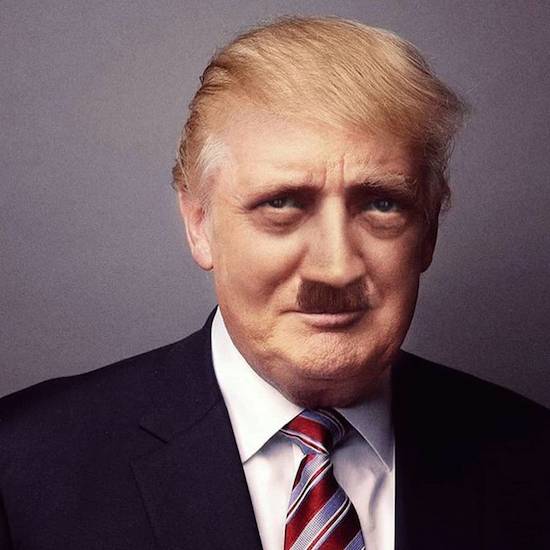 1. There will never be a DACA deal. The Dreamers are a bargaining chip used by the Republican proto-Nazis, the same people who joyfully voted to take health insurance away from 24 million Americans. As I noted in a post on May 4, 2017,

2. The death of “The News” is not news. But with the election of Hair Füror has come a resurgence of the importance of real, fact-based news. While there’s still an audience for Infowars-style “news” (Conspiracy theorists, like the poor, will always be with us), we have seen audiences for fact-based reporting, such as that from Rachel Maddow to the Washington Post, Mother Jones, and other news sources, grow at an enormous rate. Many who had ignored politics have woken up to the realization that it might be as important as sports. They’ve also realized that maybe they should have paid attention during those school lessons about the way democracy works. While it’s never too late to learn, we better learn fast. (I include myself in that collective “we.”) The walls are tumbling down. Much like the early years of the Nazi regime, we’re at a critical period.

We’re not Nazi Germany and are not in danger of becoming exactly like Nazi Germany. But then, history doesn’t really repeat itself in the exact same way. It does, however, echo across time and space. If you listen carefully, “Work For Medicare” has a faint echo of Arbeit Macht Frei, the latter being shorthand for a fast and efficient killing machine, the former for a slower form of mass killing. There are other echoes of the past.

The Germans depended on their legal system to save them, so the Nazis installed judges who were loyal to their cause, and pushed out those who were not. (Sound familiar?) The Germans assumed that, after a few outbursts of violence, the good nature of Germans would prevail. (Sound familiar?) However, relentless propaganda — Jews are murderers, rapists, thieves — (sound familiar?) taught them to hate the Jews, and they learned their lessons well. (How do you get one group of people to turn against another group of people? See The Nazi Conscience by Claudia Koonz, Julius Streicher: Nazi Editor of the Notorious Anti-semitic Newspaper Der Sturmer by Randall L. Bytwerk, The Nazi Seizure of Power: The Experience of a Single German Town, 1922-1945 by William Sheridan Allen)

At this point in the post I’m supposed to end on a hopeful note, so here goes. I’m hopeful that people will wake up to the danger. I’m hopeful that they will educate themselves. I’m hopeful that Good will triumph over Evil. But I worry that people think a single election will fix everything. I worry that our unwillingness to imagine awful outcomes somehow means that awful outcomes cannot occur. (It took nearly twenty years for the Nazis to gain power. There were people with the foresight to see what was coming. See the chapter on the Munich Post in Ron Rosenbaum’s Explaining Hitler.) It took over forty years to get to where we are now. It will take a decade or more of sustained pressure and political engagement to fix what has been broken. Hashtags, Likes, and Shares alone will not do it. We, the Sheeple, need to wake up, need to get educated, and need to get engaged with the world of politics.

3. I obsessively check Twitter. I listen to news podcasts. I read the Guardian, the Washington Post, even the New York Times (though I hold my nose). I feel like a hunted animal, forever on the lookout for signs of danger, worried that if I stop being vigilant, something crucial will happen that will forever alter my life. In this anxiety-ridden ritual I hear echoes of Nazi Germany, when people would hang onto any bit of news and rumor in search of hope. I imagine that the DREAMERS must be feeling the same way, always on the lookout for danger, searching for bits and pieces of hope.

4. We’ve become strangers in our own land. We don’t recognize our institutions. We don’t recognize our neighbors. When James Comey was fired, I protested by rehanging, upside down, the American flag in front of my home. Two neighbors yelled at me for being unpatriotic. A letter was sent to the local newspaper, informing the police that I may be a “person of interest.” I received an anonymous letter telling me to leave the country. From this experience I learned that there are those who only give lip service to free speech. I also learned that there are some neighbors who will gladly give my name to the Gestapo.