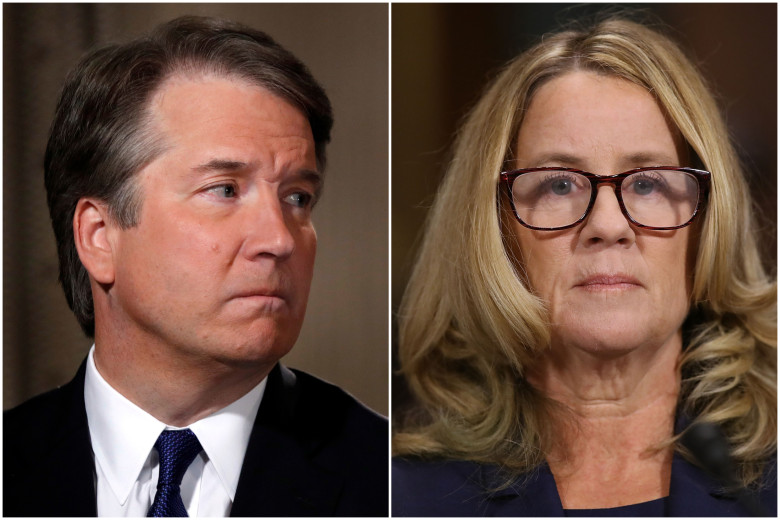 Whatever you may think of his legal decisions and dissents, there’s no doubt that Judge Kavanaugh is a wonderful husband and dad. I have no doubt that he has helped many people, both personally and professionally. The problem is that everyone who knows Kavanaugh, who speaks highly of his character, only knows the 2.0 version.

The anger we saw from Kavanaugh was real. The tears (or near-tears) were real. At no time did he focus his anger at Dr. Ford because Kavanaugh 2.0 knows exactly what Kavanaugh 1.0 had done to her.

The advantage that men have is they can inflict pain and then move on. They can shed their version 1.0 selves, or even deny its existence. Their victims, however, never get to have their own version 2.0.

Jean Amery had written in “At the Mind’s Limits,” that “[W]hoever was tortured, stays tortured. Torture is ineradicably burned into him.” The result of sexual assault is exactly like that. The person who was assaulted stays assaulted. They remain scarred forever. A victim never wakes up, transformed into someone who was never assaulted.

Men like Kavanaugh do not want to hear any of this. They do not want to know that the actions of their 1.0 versions have consequences that last a lifetime because, for them, it does not.

Finally, it is interesting to note that when asked if he listened to Dr. Ford’s testimony, he said, “No.” One would think that an innocent man, a judge, no less, would want to hear what his accuser has to say so that he could refute the accusation. A guilty man does not need to listen. He knows exactly what will be said.